'We the People' team finishes sixth in the nation

'We the People' team finishes sixth in the nation

The East Grand Rapids High School “We the People” team placed sixth in the nation. The competition ended April 28. 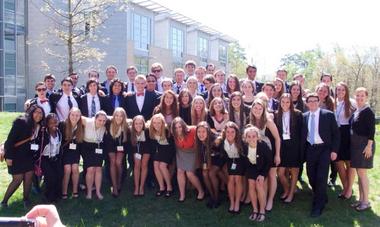 They traveled to Washington D.C. after being named state champions and conducting months of fundraising to make the trip.

Competing against 48 other state championship teams, the East Grand Rapids team members stood out to the panel of judges that included assistant judges of the Supreme Court, political science professors, and a prosecuting attorney from the U.S. Army.