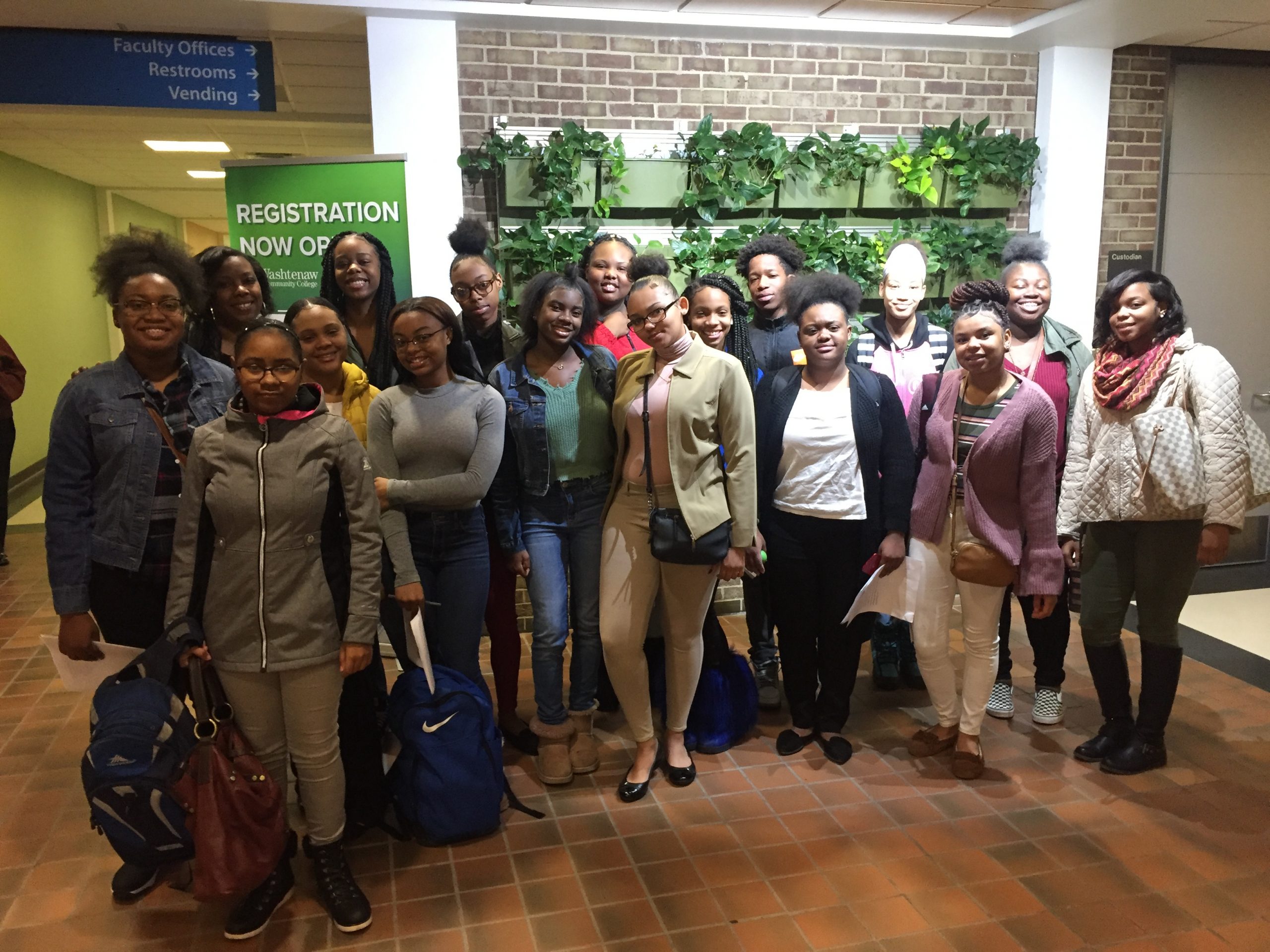 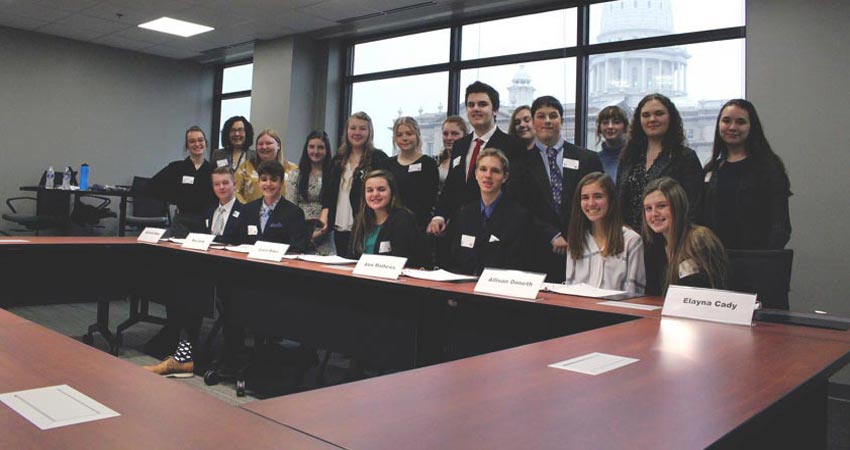 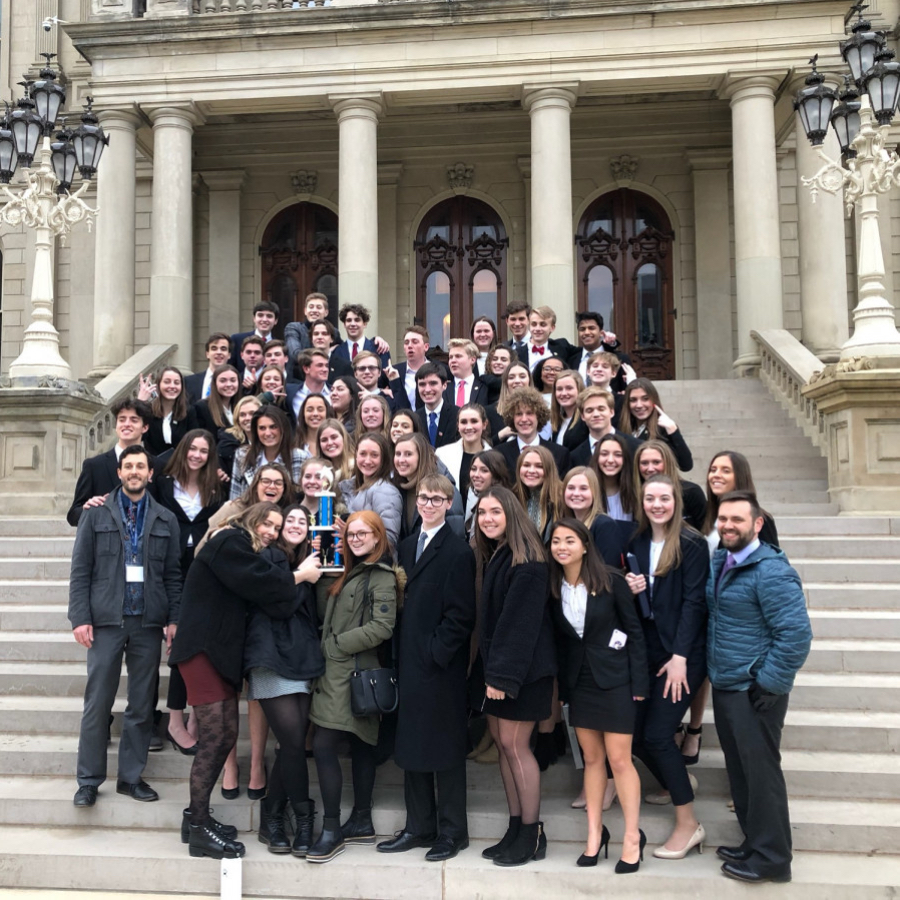 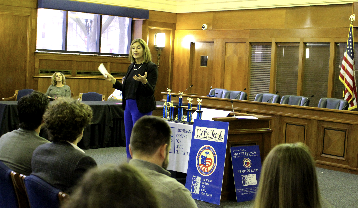 Welcome to We the People

Please use this page to learn more about We the People. We welcome K-12 schools to engage in meaningful civic education through the simulated congressional hearing process.

Volunteers! You are needed to enter into dialogue about current event and Constitutional issues.

Join us in Grand Rapids, July 31-August 4 for an institute focused on We the People.

About We the People

We the People: The Citizen and the Constitution

The Michigan Center for Civic Education has directed the We the People…the Citizen and the Constitution program in Michigan since the program began in 1987 as a special program to commemorate the Bicentennial of the Constitution and Bill of Rights.

Developed by the Center for Civic Education, the primary goal of We the People: The Citizen and the Constitution is to promote civic competence, responsibility, appreciation, and enthusiasm for the Constitution and our societal issues among the nation’s upper elementary and secondary students.

We the People engages students in a curriculum designed to foster understanding of the institutions of American democracy, including the Constitution with a specialization in the Bill of Rights. Culminating activities feature a simulated congressional hearing in which students “testify” before a panel of volunteer attorneys, educators, and civic leaders. A prepared response and a conversation between students and their panel of judges highlights the best of both student-centered pedagogy and Constitutional scholarship.

What are the areas of specialization?

We the People is a competition in the format of a simulated congressional hearing.  High School classes present testimony and answer questions about historical, political, and Constitutional issues.  Students are expected to be generalists in overall Constitutional knowledge and specialists in one of six units of in-depth study. Those are:

All MCCE events are virtual for 2021-2022. This includes districts and state events. The We the People National finals, run by the Center for Civic Education, is tentatively in person.

District Question #3. All District Events will be Question 3 only.

Please see below for a consolidated formatting of Question 3.

A full list of district questions can be found here: https://civiced.org/images/stories/WeThePeople/The_Program/Hearings/districtlevelhearingquestionshs.pdf

The full list of State Questions are here – https://files.civiced.org/pdfs/WTP/StateHearingQuestions2021-22.pdf

These questions have been formatted in this Google document.

A PDF is also here.

Please visit the resource page here for additional We the People classroom resources.